A personal relationship with God does not promise life without hardship and sadness. Footprints of God, read by singer-actor-author Pat Boone, and produced by multi-Grammy and Emmy-nominated trumpeter, composer, and producer David B. Hooten, will inspire, uplift, and restore your faith in difficult times.

29 Then I said to you, “Do not be terrified; do not be afraid of them. 30 The Lord your God, who is going before you, will fight for you, as he did for you in Egypt, before your very eyes, 31 and in the wilderness. There you saw how the Lord your God carried you, as a father carries his son, all the way you went until you reached this place.”

1. Footprints In the Sand – Mary Stevenson / Hooten Music Group (BMI) 2:01
This popular poem provides reassurance of God’s presence in your life during trials and testing. “When you saw only one set of footprints, it was then that I carried you.”

2. But for One Child – James Faulconer, PhD / Hooten Music Group (BMI) 10:29
Christian heritage is ordained by God! One child overcame the world and changed it forever.

3. Forty Brave Soldiers – Author Unknown / Hooten Music Group (BMI) 7:20
In A.D. 320, forty young Roman soldiers committed to the service of Christ were ordered to obey and bow to pagan gods or face torture and death. Like this story, we stand stronger whenever we stand together. 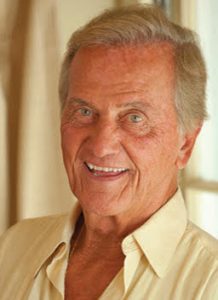 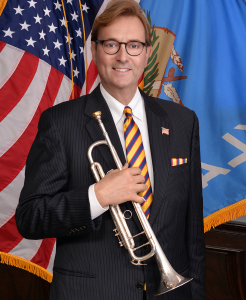 David B. Hooten, the “musician’s musician” and “maker of memories,” has achieved worldwide adoration as a multi-Grammy and Emmy-nominated trumpeter, composer, and producer. Hooten has released twenty-one albums, produced over one hundred, performed as a soloist with symphonies around the world, and recorded with the Kiev Symphony Orchestra. His résumé includes performing for the King of Thailand for the Queen’s sixtieth birthday and private performance for the royal family, and he has performed for four U.S. presidents throughout his career. Hooten has performed the national anthem at the Olympics and for the New York Yankees, Dallas Cowboys, Oklahoma Sooners, Oklahoma City Thunder, and multiple tennis tournaments. He appeared more than ten times on Dr. Schuller’s “Hour of Power” television program from the Crystal Cathedral, and in perhaps his most notable performance, Hooten was bestowed the honor of performing for Pope John Paul II.

Be the first to review “Footprints of God (CD)” Cancel reply